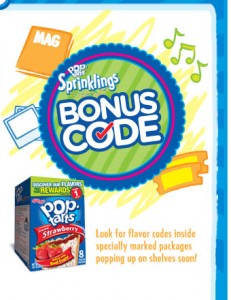 PopTarts Sprinklings has a promotion called The Pop-Tarts™ Flavor Card, where you collect points (found on poptarts products) and redeem them for fun rewards like movie tickets, music downloads, free Pop-Tarts®  and more!

How it works: Collect five different flavor codes, enter them online and choose your reward… it’s that easy.

If you are already a PopTarts Sprinlings Member, you will have received a bonus code…so check your email.

PopTarts Sprinklings is a rewards program where just by signing up, you’ll be the first to know about special promotions, offers, coupons, and more! I just received 2 FREE poptarts in the mail a few days ago! (and yes, I ate them both…too much sugar for Kambell :)). Go here to sign up. 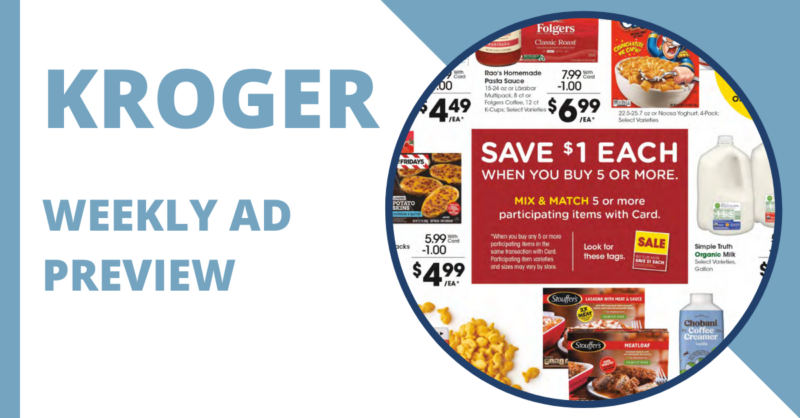