Getting To Know Kroger Manager’s Specials 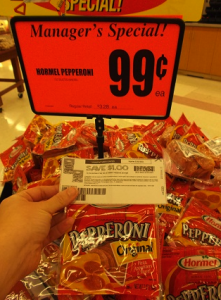 The following is a guest post courtesy of My Kansas Life. Heather is a lawyer-turned-housewife who blogs about frugal, simple living and small town life at My Kansas Life.

What do stores do when they have too much of a product on hand? Clearance it, of course! At Kroger stores, clearance items are called Manager’s Specials, and they can be an excellent way to maximize your savings. 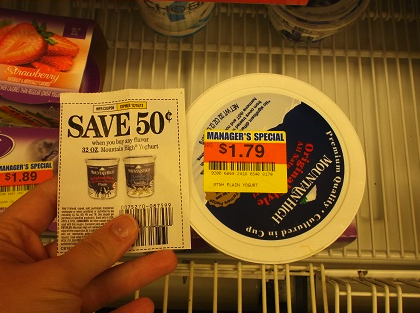 Manager’s Special items also count toward your item total during a mega event! Mega events, like those that deduct $5.00 when you buy 10 participating items, include dozens of products around the store, and they include Manager’s Special items when that product would have counted toward your mega event total if it was priced normally. For example, Fiber Choice brownies were included in the most recent mega event, but I found a box of them on Manager’s Special for $1.49. I bought nine other participating items so my store deducted $.50 per item ($5.00 total), which brought the price of the brownies to $.99. I also had a $.40/1 coupon that doubled to $.80 off. With the Manager’s Special price, mega event discount and coupon, the box of brownies only cost me $.19! 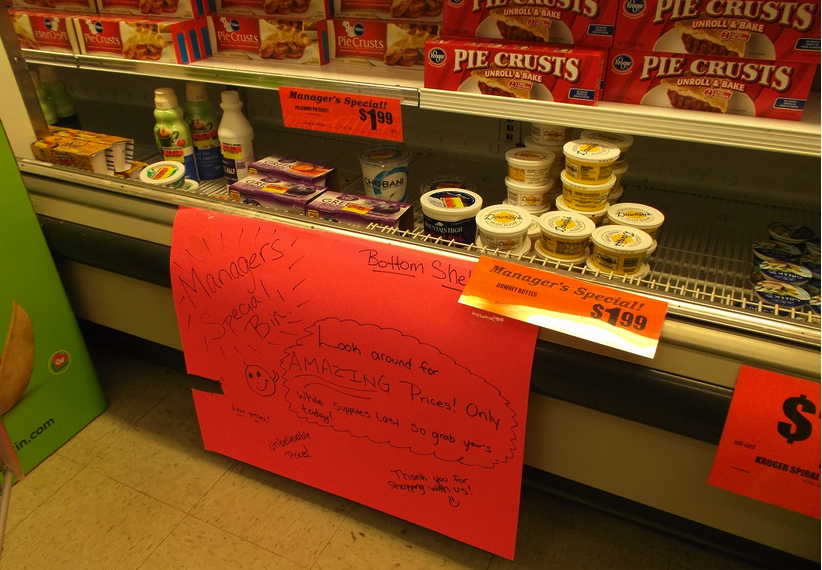 Since Manager’s Specials are based primarily on expiration dates, damaged packaging or overstocks, selection varies widely between stores. That’s why you won’t see Manager’s Specials in most coupon matchups like those here at Kroger Krazy. However, Kroger stores also put things on closeout, and Kroger closeouts tend to be nationwide — at least for the stores who carry that item — though the prices may vary. A product is usually placed on closeout when Kroger decides to discontinue it, such as a particular flavor of cookie or a certain scent of shampoo. Closeout items do not relocate to another area of the store. Instead, they are marked on the shelf with a large white and red sign. Closeout items literally change the price in the store’s computer so you should have no trouble using paper coupons and digital coupons on these products or including them in your mega event totals.

Manager’s Special items may be located in an out-of-the way place like a shelf near the stock room or a bottom row of a freezer case, but they’re worth hunting for! Dairy and produce Manager’s Specials may be located in the same place as the non-discounted items or they may be in a corner of the dairy case or produce section. I recommend making it a habit to locate your store’s Manager’s Special areas and shop there first before grabbing your other groceries. In the last few months, I’ve found awesome Manager’s Special deals at my store on eggs, carrots, salad, milk, sour cream, meats, cereal, baby formula, bread and yogurt. You never know what kinds of great deals you can find! 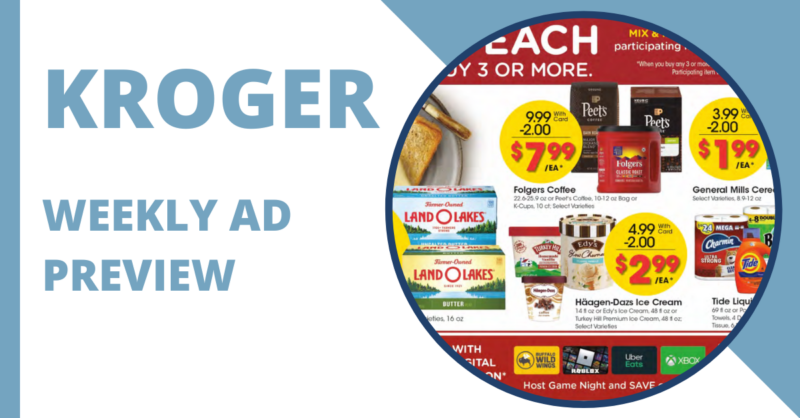